All Collections
Shopify
Setting up Shopify with Eshopbox

Setting up Shopify with Eshopbox

Everything you need to know to configure Shopify with Eshopbox.

Written by Naina Bajaj
Updated over a week ago

This article will outline the tasks that you need to complete to set up Shopify with Eshopbox.

Setting up Shopify with Eshopbox

Follow the below steps to set up Shopify with Eshopbox: 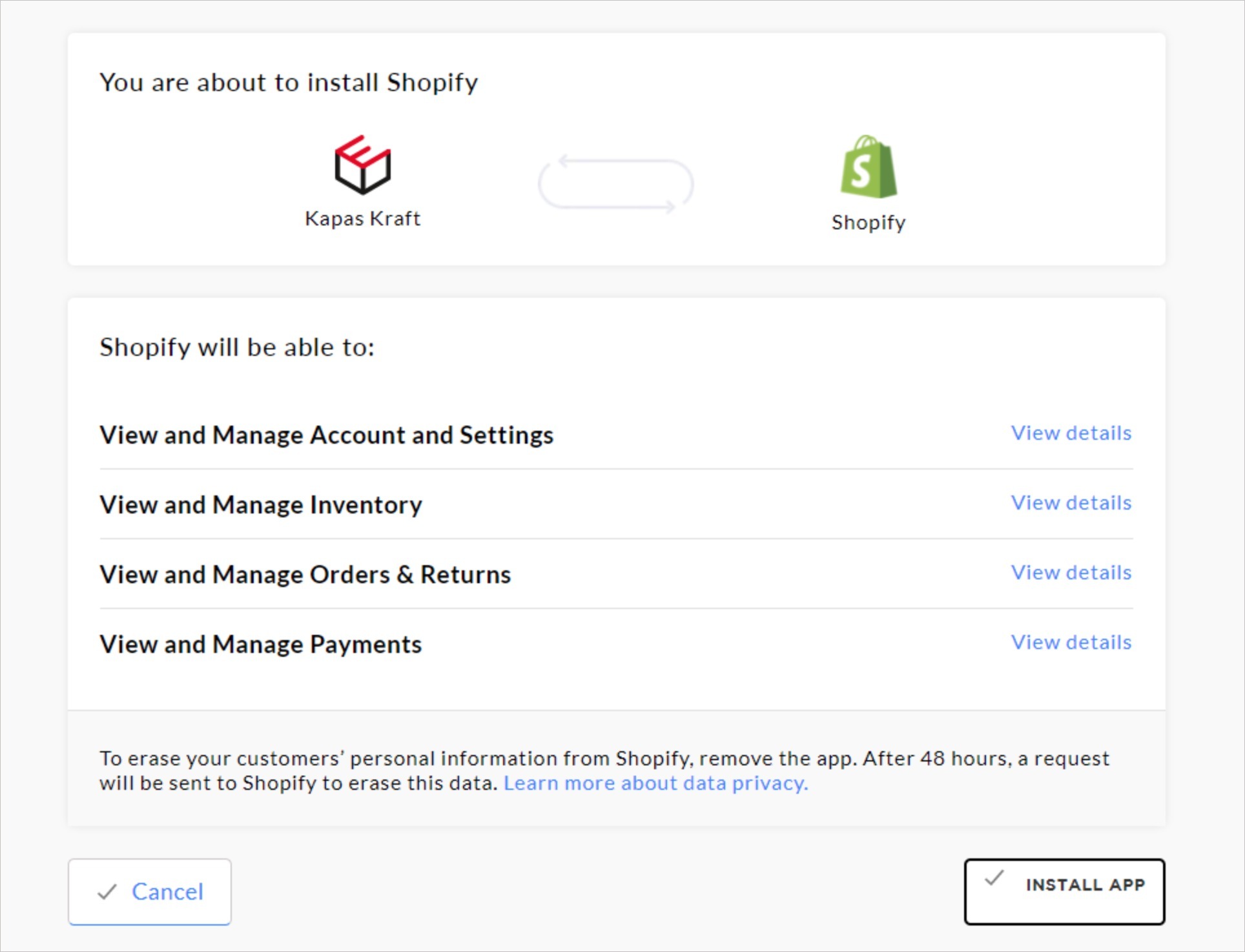 Now, Eshopbox will be able to access your Shopify store.

Approve the Eshopbox app on Shopify by clicking on 'Install app'. This allows Eshopbox to access your Shopify account data, products, orders, and more. 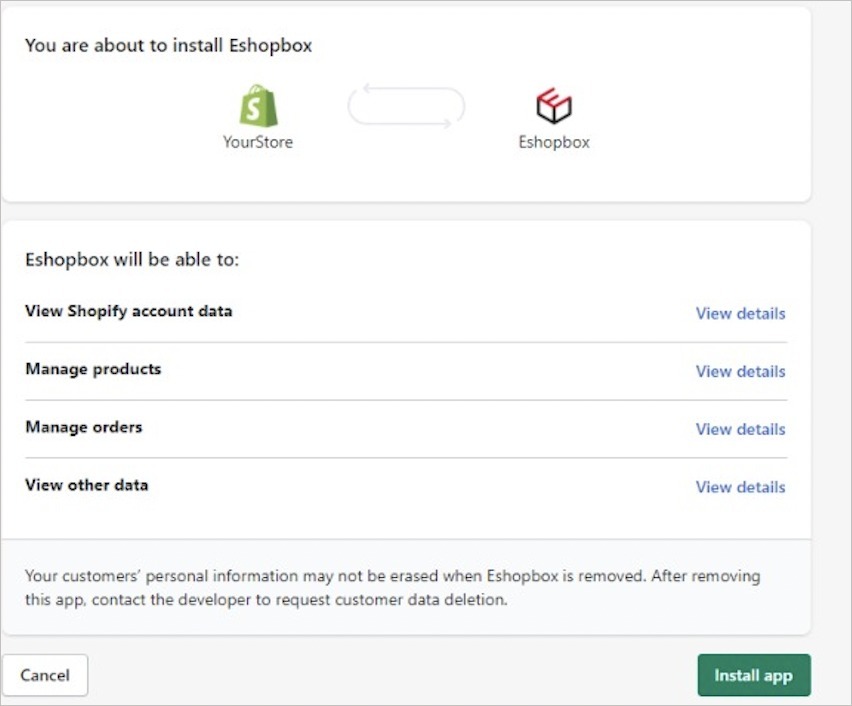 You should be able to see Eshopbox and Shopify store is connected successfully.

You will need to create locations in Shopify and configure them with Eshopbox depending on your fulfilment requirement. This enables Eshopbox to allocate your Shopify orders to the optimal Eshopbox fulfilment centre for order processing.

You want selected orders to be fulfilled by Eshopbox

Eshopbox allows you to import your Shopify products either automatically or manually. Importing products from Shopify and making them available to Shopify means Eshopbox can relay product inventory and order status updates to Shopify.

This means that products will be created in Eshopbox whenever new products are created in Shopify. To enable automatic import, follow the below steps:

How does product import work?

Automation will help you easily streamline repetitive tasks and processes. Eshopbox allows you to sync inventory, orders and order updates automatically in Shopify.

💡 If you have turned the automation 'on', then turning 'off' the automation will stop any further updates to Shopify stock. If you want to stop selling on Shopify, you will have to make your stock zero for all products on your Shopify admin.

Toggle the button 'on' to create new orders in Eshopbox. This means if a new order is created in Shopify, then the same order would be created in Eshopbox. Eshopbox can only import unfulfilled orders from Shopify, so make sure you have checked 'do not automatically fulfil order line items' in Shopify checkout settings.

This automation requires you to configure a set of rules as per your requirement:

Check out some intelligent ways to use order filters

Once you have defined the conditions, click on save.

Toggle the button 'on' to update order statuses in Shopify. This means if the order status is marked as 'fulfilled' in Eshopbox, then the same would be updated on Shopify.

When you toggle the 'Update order status' automation, you will see a pop-up as shown below:

Select 'Ok' if you're using the Eshopbox shipping service. If you wish to use your own shipping provider, you need to contact Eshopbox to set it up.

Toggle the button 'on' to cancel orders in Eshopbox automatically. This means if an order is cancelled on Shopify, then it will also be cancelled in Eshopbox.

If you choose to toggle the button 'off', then orders cancelled in Shopify will not be cancelled in Eshopbox automatically. You will need to manually cancel orders in Eshopbox by contacting customer support.

💡 Orders which have been fulfiled cannot be cancelled in Eshopbox.

Did this answer your question?